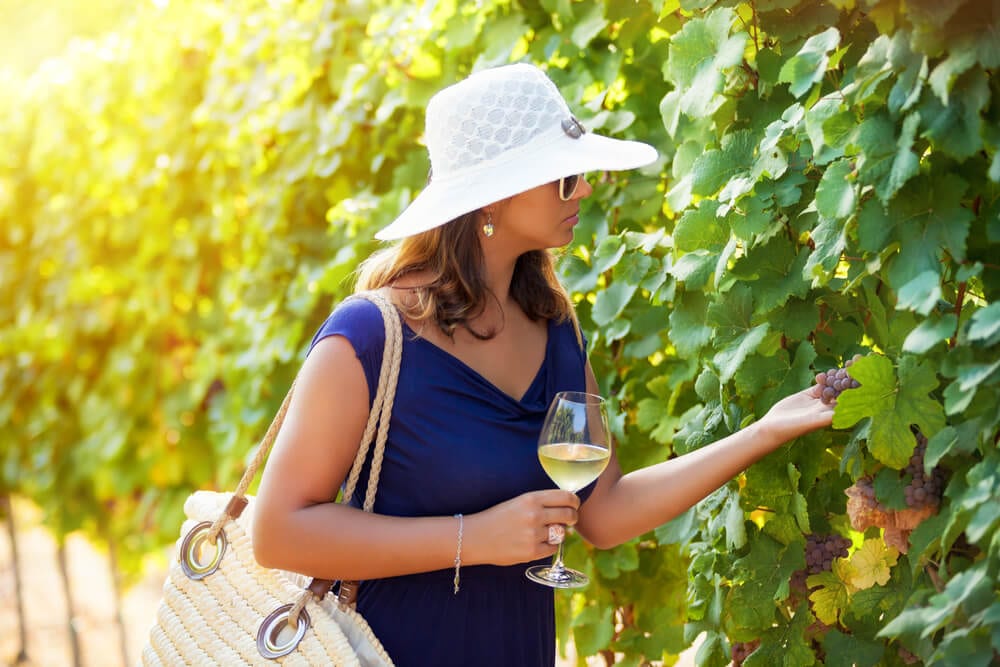 According to WineCountry.com, 90 percent of internationally exported American vino derives from California (chiefly Northern California). Thus, Wine Country attracts travelers from all across the globe during normal circumstances. However, due to the ongoing global pandemic, many Californians are rediscovering their roots, so to speak. In hopes of enhancing an already stellar escape to Northern California, the El Dorado team has graciously assembled information about the three best Sonoma Valley wineries, all of which are within four miles of the Plaza.

Three Sticks’ multi-functional tasting room rests inside the Vallejo-Casteñada Adobe, constructed in 1842 and long preserved. It’s easy to get swept away by the historical significance and visual aesthetic of the space, which was wholly reinvented in 2013 by famed international designer Ken Fulk. The interior features dozens of authentic Spanish artworks, wooden beams, exposed brick, and a genuinely breathtaking chandelier. Whereas many Sonoma Valley wineries present a large-scale bottling operation and tasting experience, Three Sticks is incredibly intimate. Reservations are required for private tastings, either in the Adobe house or the garden terrace. Most oenophiles gush about the Pinot, including the Blanc, Noir, and Walala. Although, it’s nearly impossible to find a Chardonnay as heavenly as Three Sticks’ semi-dry, fruity concoction. Buena Vista Winery is an institution—one that requires multiple visits to genuinely comprehend its grandeur. This 1,000-acre vineyard sits on a rolling hillside along the northeastern rim of Sonoma. It shares property lines with a handful of other Sonoma Valley wineries, but there’s no doubt that Buena Vista is the landscape’s crown jewel. Much like Three Sticks’ Adobe house, Buena Vista’s history dates back to 1857, when an eccentric innovator and vintner, labeled the “Count of Buena Vista,” laid down roots on this very land. The Count’s vineyard was one of the first of its kind north of San Francisco. Thus, Buena Vista has been a Wine Country staple for over 150 years. Touring the old-world buildings (and the cellars) and sampling fine wine on the picnic grounds is an altogether ethereal experience. Crowd favorites include the Zinfandel, Chardonnay, and Cabernet Sauvignon.

Scribe’s “palm-flanked” hacienda is a few clicks south of Buena Vista. It is a restored 1870s Spanish Empire estate that is available via appointment only, adding an element of exclusivity into the fold. According to our renowned culinary team, the “terroir-driven wines seem to bottle the spirit of the land itself, making Scribe the symbol for next-gen Northern California.” There’s a lot of respect between the teams at El Dorado Kitchen and Scribe, as both establishments offer unique farm-to-table experiences and wine pairings that give a whole new meaning to the word indulgence. Currently, only members of the Scribe Viticultural Society are allowed access to the grounds. After relaxing and reveling at a couple of Sonoma Valley wineries, return to El Dorado Hotel & Kitchen for a memorable evening on the Plaza. El Dorado’s 27-room boutique hotel is often described as a sanctuary as it’s equally sophisticated and warm. It’s housed in the Salvador Vallejo building, built in 1843, so there’s also an unmistakable historical element around every turn. After indulging in gourmet cuisines via a prix fixe menu, relax poolside, take a stroll through the Plaza at dusk, and enjoy a glass of wine on a private balcony overlooking picturesque Spain Street.

To book a well-deserved escape into the heart of Sonoma’s Wine Country, please check availability online (or dial 707-996-3030).